This is quite an amazing piece of evidence that the UK Met Office are actively involved in defrauding the public.

The above tweet was published early this morning, forecasting the day’s weather (Aug 28th).

A few hours later they triumphantly sent this tweet:

Is it surprising that nobody trusts official Met Office data any more?

The lengths that the Met Office, NOAA, GISS etc go to in order to distort the truth should surprise none of us now.

But this latest piece of fraud really does take the biscuit, as  many commenters have spotted.

At least one news outlet has noticed that renewable energy is exceptionally vulnerable to hurricanes and other extreme weather events. How will renewables power the future, if climate change produces more extreme weather?

Harvey Set to Overpower Wind in State Generating the Most

Storm could knock out between 2.1 and 3.6 gigawatts of power near the Texas coast

One of the worst things that can happen to a wind farm is too much wind.

“The problem with this hurricane is they don’t see it trailing off in any direction so it’s just going to hover,” said Jeff Ferguson, the Magnolia, Texas-based senior vice president of project development at Apex Clean Energy Inc. “So it could be next week for the winds to diminish adequately so we can resume normal operations.”

Booker in the Mail yesterday:

The National Grid is warning us that if you are charging your electric car at home with a high-speed charger you won’t be able to boil an electric kettle at the same time, because it could blow your fuse box.

They add that you could get round this if you use a standard charger — but then it could take 19 hours to charge your car fully.

Meanwhile, if you’re thinking of driving an all-electric car from London to Edinburgh, even if you make it to a service station with high-speed chargers, you might still have to stop three or four times for an hour-long charge on the way, plus of course almost certainly endure waiting for a charging point to be free. 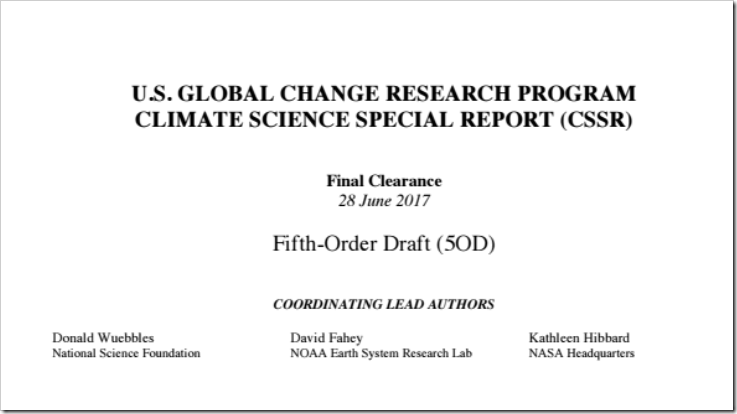 I mentioned in my previous post that the latest draft climate report, published in June, had seemingly left out a rather embarrassing table from the Executive Summary, one that had previously been written into the Third Draft, published last December.

As the link to the Third Draft had disappeared from the NYT, I could not show it.

However, Michael Bastasch, writing over at WUWT, did have the link, so we can now compare the relevant sections. 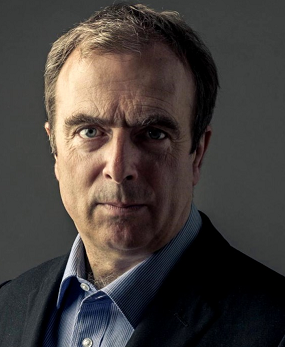 From part of Peter Hitchens Mail on Sunday Blog

I feel sorry for British Gas, attacked for raising the price of electricity. I still find it confusing a gas company sells electricity, but the facts are quite simple.

British Gas and the other power companies are raising charges because we have a mad Government. Under New Labour’s unhinged Climate Change Act, backed by the Tories and virtually unopposed in Parliament, we are steering straight into an iceberg.

Perfectly good coal-fired power stations all over the country are being shut down and blown up so they can’t be reopened, because of crazed Green regulations.

In some cases, they are being converted to burning wood chips imported from the USA. If this did any good (which is, er, unproven) it would be immediately cancelled out by the huge number of new coal-fired power stations recently built in India and China.