Just had to bookmark this one.

From the department of photoshopped bipolar behavior comes this hilarious photograph that accompanies a headline of doom from the leftist cesspool known as the Daily Kos.

It just doesn’t get any better than this from the Kos kids. Thank you for making life entertaining with this epic failure. 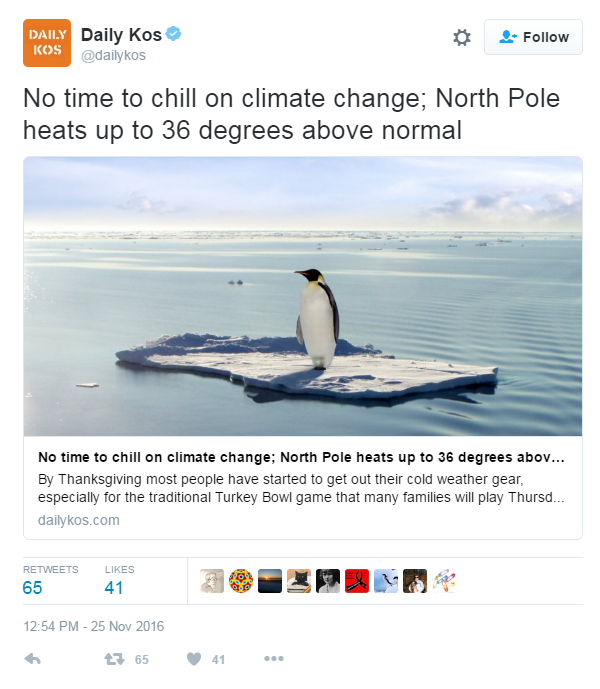 Tom Nelson spotted it and wrote in a tweet:

In article about the Arctic, @dailykos puts a photoshopped penguin on the “Ursus Bogus” iceberg, attribution NCAR! https://wattsupwiththat.com/2010/05/12/new-bear-species-discovered-ursus-

It’s the same fake ice floe that caught out Science magazine a few years ago with the polar bear photoshopped in:

You can get one with a Penguin (or three) from the photo library, as seen below:

If you like the background it is also available with one penguin:

But you just have to remember one very important detail before using it:

Penguins don’t live at the…